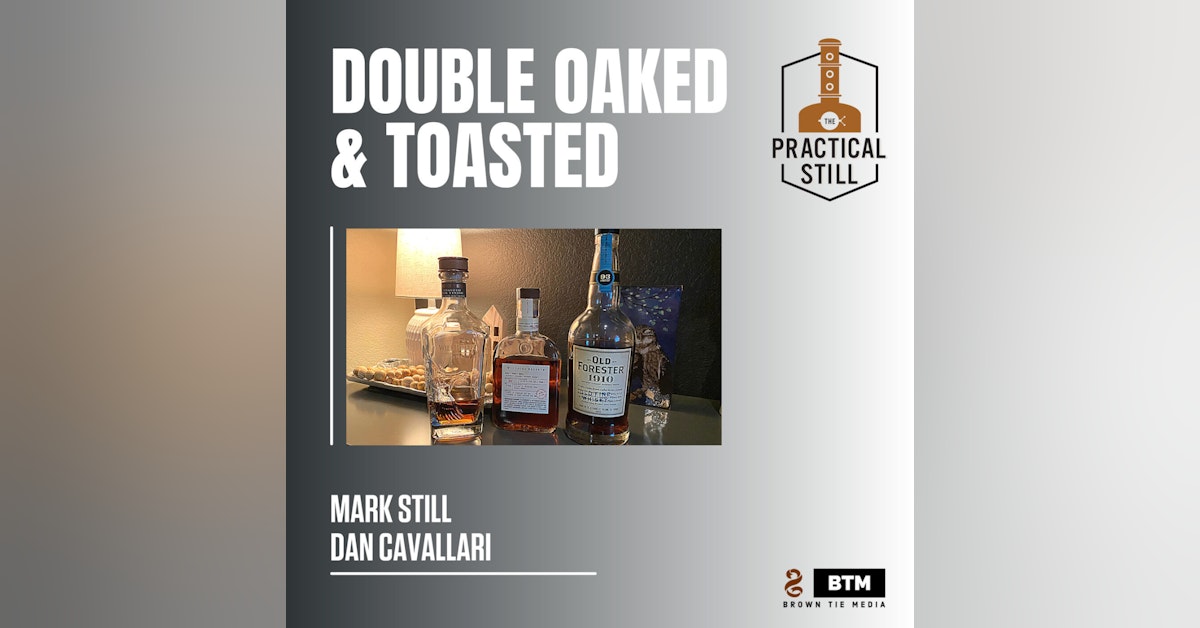 Double oaked and toasted barrel-finished bourbons are quite popular lately. It seems like a similar process to finishing in barrels that previously held other liquids but also different and more like a second maturation than a typical finish. New barrels are expensive so these second-barrel products seem to spend more time in the second barrels than many wine or rum-finished whiskeys.

For some, like Old Forester 1910, the second barrel is charred to within an inch of oblivion while others use heavily toasted barrels for that second stretch of aging. In either case, just like other finishing techniques, good whiskey going in can make for good whiskey out but the process won't usually save bad whiskey. We've encountered some terrible examples of double oaked bourbons lately and even if this process is popular, it can't save poorly produced whiskey.

Are you a fan? Is Woodford Double Oaked or even Double Double Oaked your jam? Do you get all the confectionary notes of that super charred second barrel in Old Forester 1910? What about the new kids, Kentucky Peerless, and their Double Oak? Would you spend $175 on a Wild Turkey Master's Keep One and its toasted barrel treatment like I did? It's pretty tasty.

Or is all of this just marketing hype and sketchy tactics to try and cover up the fact that so many whiskeys come from a giant distillery in Indiana or that grains have less flavor than just a decade or two ago?